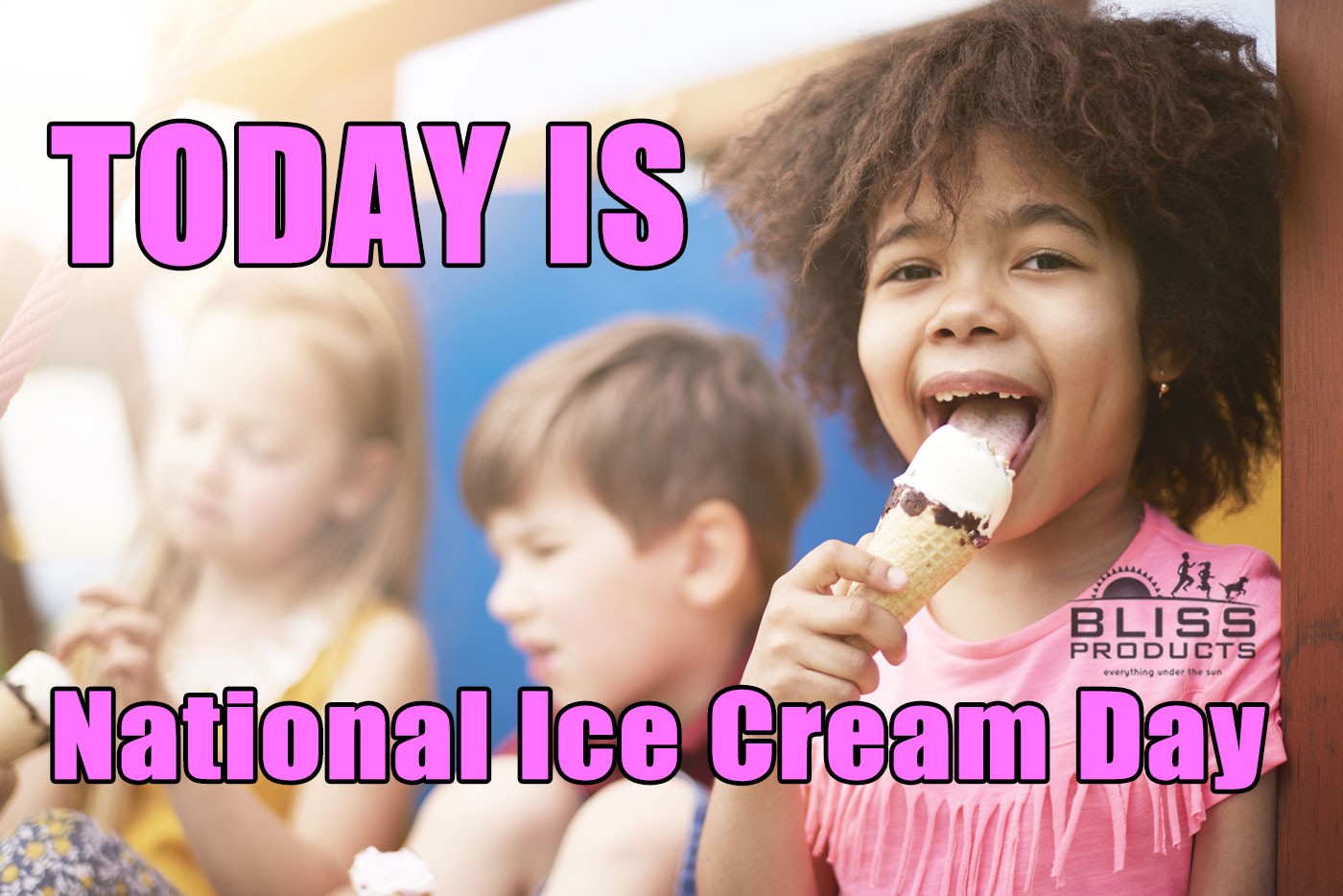 Did you know that some studies have shown people buy and consume more ice cream on a Sunday than any other day of the week? That makes it incredibly synchronistic that this year's National Ice Cream Day lands on Sunday! Why not take the kids out to get their favorite flavor ice cream cone and visit their favorite playground!

Officially proclaimed by President Ronald Reagan in 1984, this holiday was supposed to only be celebrated on July 15 of that year. Of course, the ice cream industry seized the opportunity to continue the tradition every year thereafter. Now, not only is today declared to be National Ice Cream Day, July has been designated as National Ice Cream MONTH! This too has now become a tradition.

Traditionally made by freezing a mixture of cream or milk, sugar, and some kind of flavoring, ice cream is often eaten as a dessert after a meal or sometimes as a midday snack. Ice cream treats have a long and varied history, although not much is known about its true origins. Some historians have attributed ice cream to the Chinese, while others suggest that the Romans were involved, mixing snow with honey and fruits to create the first ice cream prototype.

Either way, the early types of ice cream were nothing like the ice cream we are familiar with today. They were only for the Royals back then. And, in olden days, before refrigeration, ice cream was a food reserved for the royals and the rich only, eaten on special occasions. Refrigeration technology quickly made ice cream a commonly enjoyed dessert around the world. Today, people make ice cream rather easily at home through the use of portable ice cream makers.

So, how is National Ice Cream Day celebrated?

In summary, even if you don't live in the United States, that shouldn’t stop you from celebrating this awesome holiday. After all, ice cream is a delicious treat in every culture.